That chromosome ends up with three copies. So there is an extra copy of chromosome 21. This extra chromosome is the cause of problems in the brain and physical development of the child. But the development problems of each child can vary widely.

Genetics for Down Syndrome

As has been mentioned above, normal human cells contain 23 pairs of chromosomes. Half of them come from the father and the rest from the mother. But for kids with down syndrome, there are cell division abnormalities that result in an extra of full chromosome 21.

But there are at least 3 genetic variations for down syndrome. Follow the following list to understand about them!

The mosaic of normal and abnormal cells is said to the result of abnormal cell division after fertilization. And after the baby is born, the baby will show the symptoms of kids with down syndrome like we already know.

The translocation usually happens before or at the conception date. So there is no unusual being of chromosome 21. But there is another chromosome.

This trisomy 21 is the most common genetic variation of chromosome 21. The abnormal cell division results in three copies of chromosome 21. It is developed during the process of sperm and egg cells that build the baby’s body.

The type of genetic variation is what determines the characteristic features and problems that happen to the kids with down syndrome.

Read also : How to Deal With Autism?

In the time span between 1980 to 2003, 93% of babies that were born as a baby with down syndrome lived more than one year old. But only 88% of them can survive until 20 years old. The rate of death of kids with down syndrome during their first year of life is quite high at that time.

The first factor that can affect the life expectancy of babies with down syndrome is birth weight. If the babies are born with very low weight, more likely they will die within the first month of life. Another factor is whether the babies have heart problems or not.

You should learn about karyotyping to know how abnormalities of the chromosome of kids with down syndrome can be detected. Before that, you can follow the explanation about the karyotype of down syndrome below.

Down syndrome is also known as 21 trisomies. But how can you understand what 21 trisomy is in an easy explanation? Trisomy 21 or 21 trisomy can be explained by the existence of three copies of chromosome number 21, instead of two.

Treatment for Down Syndrome

The type of treatment mostly is physical therapy. In the treatment process, the kids will undergo an intervention program depending on the state of their condition. Some of them may include regular school, but some of them may need a special class to improve their abilities.

Test for Down Syndrome

There are diagnostic tests that can be used to diagnose down syndrome. The test can be performed as soon as the mother knows she was pregnant. But there is a risk of miscarriage as the test is performed inside the uterus.

But nowadays, doctors will offer many options for a screening test that you can choose by yourself. If you are not sure which test you should take, call your doctor to help you understand what are the pros and the cons of each test.

The accuracy of each test is 99%. It is a very high number despite the high risk that should be faced as the result of the test. But doing the down syndrome test can be done when you are ready and already know all about the complication that comes after.

A genetic test for down syndrome doesn’t have to wait until the baby is born. It can be even when the baby is still in your tummy. The test that is called Chorionic villus sampling (CVS) for example, is done by taking a sample from the placenta to test whether the baby has down syndrome or not.

Any type of genetic test for down syndrome can be performed between 10 to 18 weeks of pregnancy. You can discuss with your doctor when is the right time to perform the test to know the chance of you having kids with down syndrome.

The process to identify women at increased risk of having kids with down syndrome can be done before the estimated date of delivery. That is why the test is called prenatal testing. Different from the previous genetic test, this test has no risk of miscarriage.

Even if the accuracy of the result is not as high as the previous test, the doctors can identify any abnormality in the fetus by doing this test. So this prenatal test is quite popular and safe for both the mother and the baby.

The last type of test for identifying kids with down syndrome before they were born is by doing a screening test. A screening test is done in two phases. The first phase is performed between 10 to 14 weeks of pregnancy. The mother’s blood sample will be taken to identify the amount of fluid at the back of the baby’s neck.

In the second phase, the doctors will again take a blood sample of the mothers when they reach 15 to 20 weeks of pregnancy. The result of both blood tests will be combined to determine the rate of the baby having down syndrome.

Down syndrome can be identified during pregnancy state, so when the baby was born you can directly find the down syndrome signs. The same with what we can identify from kids with down syndrome, the babies have similar features too.

They have flat facial features, slant upward eyes, short neck, small ears, bulging tongue, and slightly bent fifth finger. If you find these signs on your newborn, then you have to know how to take care of them rightfully.

What are The Characteristic of children down syndrome?

The same with all the signs that have been mentioned before, children with down syndrome developed similar facial features. And the most common characteristic of them is they have poor muscle tone.

So do you already understand more about kids with down syndrome now? 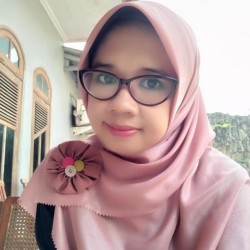 Hi
I am just an ordinary mother who likes to write things.. you can say talking about motherhood and everything in between including traveling or even rumbling about bad days, haha.. please enjoy my writing ^_^

The Best Guides of Baby Led Weaning for New Mom

The Best Guides of Baby Led Weaning for New Mom