Obesity in children is common today. For example, in the United States, one-third of children are considered obese. This number of obesity in children continues to rise and become an alarming condition for parents and the government.

If children grow overweight, they have a higher risk of having chronic diseases compared to normal-weight children. That is why you need to be aware of the causes of obesity in children. After that, you have to know how to prevent them. Aside from that, you also need what is categorized as obese and what is not.

If you know that, it will help you to understand why obesity is considered a problem and how to avoid it. Let’s follow the explanation below to learn about obesity in children.

Causes of Obesity in Children

There are a variety of reasons that cause obesity in children. From unhealthy eating habits to genetic factors can be a reason why your child become obese. You need to understand each type of cause of obesity in children to be able to avoid it.

Here is a detailed explanation of each cause of obesity in children.

Children like to eat fast foods and high-calorie foods. All of them are the culprits in obesity in children. Not just that, children also love to eat candy and desserts. The high-sugar ingredients of those foods will likely be the main cause of why your child keeps gaining weight.

Children like to eat fast foods and high-calorie foods. All of them are the culprits in obesity in children. Not just that, children love to eat candy and desserts. The high-sugar ingredients of those foods will likely be the main cause of why your child keeps gaining weight..

If the number of calories that you eat excess calories that you need every day, you will be obese. And that leads to obesity in children. So, it is important to watch out for what your child eats every day. If they eat too many calories a day, plan a diet program to balance the calories to burn.

Sometimes, a certain medical situation can cause obesity in children. For example, if your child’s doctors prescribe drugs that include lithium, paroxetine, prednisone, and propranolol. Then it is very understandable for the patient that takes the drugs to become obese.

All those medications are used for certain medical situations to help the patients rest peacefully. And the side effect of those drugs can cause weight gain for the people who take them regularly.

But the side effect of growth hormone is it can increase a human’s appetite. Besides that, the metabolism and body fat distribution of the body will also change. Your body will end up gaining weight because of the change in metabolism and distribution of foods. If this condition happens for a long time, your children’s bodies will eventually become obese.

There is also a higher risk of obesity for children who are born from a family of overweight people. They are more likely to become overweight because of external factors. But not all of them. It depends on the eating environment of the family too.

If the child follows the eating environment of the family, then they are more likely obese. They will follow the habits to eat more high-calorie foods and less physical activity from their parents. That is why you are encouraged to not share unhealthy eating habits and behaviors in the family, for the sake of your children’s health.

To describe how many children are obese each year, there is this data called childhood obesity statistics. This data explains that there is a significant increase in obesity among children for the last 40 years.

To be detailed, the biggest obesity rates are found in children aged 12 years old to teenagers aged 19 years old with 20.6% of obese children. It then followed with school-aged children (6-11 years old) with a percentage of 18.4%. Preschool-aged children with range 2-5 years old have contribution with 13.9%. This fact is indeed concerning.

f the obesity rates in children are differentiated based on the country, then Nauru is at the top. Nauru has the highest rate of obesity in childhood in the world. The obesity rate in Nauru is 31.7% among children aged 10 to 19 years old.

To diagnose whether a child is obese or not, you need to use several methods of determination. The standard is a globally-used growth chart that is commonly used to measure them. The chart consists of the size and growth patterns of children that should be considered before making a diagnosis.

According to World health organization (WHO), there are child growth standard that can be followed by parent all over the world. Based on this chart, parents can determine whether their children is overweight or not and control their children growth. Those standard can be found in the official WHO website and can be accessed for free.

Another way to determine if your children obese or not is by calculating the BMI. The BMI is the Body Mass Index that can be found by calculating some numbers using the formula. So what is BMI numbers that considered obese in childhood?

Can Obesity Pregnancy Cause Child Obesity?

We all know that pregnancy causes weight gain for every woman, and that is very normal. But how if the weight that the woman gains is too much and at the end considered obesity? Of course, it is very concerning. Beside obesity in pregnancy can cause many health issues, it can also result the delivery of large-for-glutaric acidemia (GA) infants.

At worst, obesity in pregnant women can result in complications and health problem to the baby, includes:

This is an important issue to be addressed successfully. Hopefully, all pregnant women can be more careful to maintain their weight to avoid such complications.

Why Obesity in Children is a Problem?

Obesity is a problem because it is not a simple overweight condition. Obesity is a word to describe a complex disease closely linked to the excessive amount of fat in your body. So for children that experience obesity in childhood, they have to be more careful. They have a higher risk of developing other health problems. And it is surely not good for the development of your child.

For example, obesity in childhood can cause diabetes. If your child has diabetes, then the risk of other diseases will also develop in your child’s body will also increase. They have high blood pressure, heart disease, and even stroke later in life.

Obesity in childhood that causes diabetes can also affect the children’s education. They can have difficulties processing information, giving attention, and developed skills. So, you must prevent your child from having obese at all costs.

Is Obesity a Social Problem?

Besides closely linked to many chronic diseases, obesity can become a social problem too. As an obese child, your child will experience discrimination. They can lose confidence to build a social relationship and might end up in depression too.

So obesity is a social problem. Sometimes, the social effects are more real than all the medical effects. That is why you have to avoid obesity in childhood as best as you can. If you can avoid it early, the problems that follow it can also be eliminated early.

Are Parents to Blame for Childhood Obesity?

According to the NCBI survey, it showed that the attribution of blame and responsibility for childhood obesity are high, beside the parent status or gender. Parents have the main role to influence and guide their children. Because of it, the news media blame parents oftenly in cases of obesity in children, especially mothers which are mentioned twice as often as fathers.

In fact, there are multiple variables which can cause obesity in children. As mentioned, it is true that parents are one of the biggest contributions. However, many factors can also contribute to childhood obesity such as school environment, food and beverage industry, health care provider, even the government itself has contributed up to 42% based on research done by Barry et al. 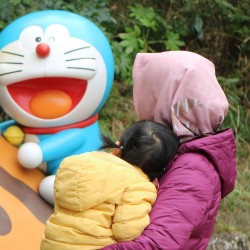 As a mom, a nurse, and health activist, I do have interest in parenting topics, particularly in children's health and education. Through my articles, I would like to share any knowledge that I have to parents around the globe.

View all posts by Indah Sahara

Important Vaccines for Babies, Classified by Ages Below 2

5 Causes of Kids Cough and Best Treatment for It